I've started using the Blogger app lately, mainly because we're having Internet trouble & I have service in my phone regardless of whether my house Internet is working or not. I'm uploading a few pictures but I'm not sure what order they're going to come up on the app. Anyways, here goes!

One picture is of K in her costume - she has been hounding me for at least a couple of months to be Scooby Doo!

Another is of the vegetable skeleton man I made for snacks for my 2 younger girls Halloween parties at school today. It was a fun idea that a friend of mind posted on Facebook & a great way to at least get a few veggies into the kids today before they left to go trick or treating.

The last photo is a pumpkin that my friend's 9 year old son grew. It is the largest pumpkin he has ever grown & although be usually sells his pumpkins he was determined that he needed to donate both the pumpkin & his time carving it (with lots of help) to the local extended care seniors residence. The pic doesn't do it justice but I'm estimating it is about 3.5 feet tall. Pretty good for these short Canadian growing seasons! 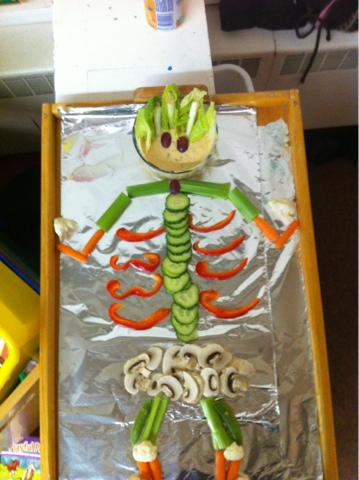 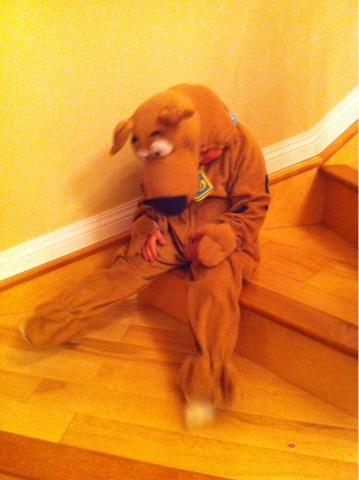 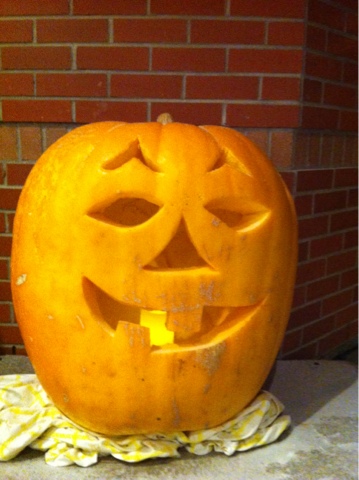 Email ThisBlogThis!Share to TwitterShare to FacebookShare to Pinterest
Labels: 31 for 21, Down syndrome, Down Syndrome Awareness, family, trisomy 21