This is a link to an article by Sarah Rosenfeld Johnson from Talk Tools. I didn't find this article until K was probably 2.5 or 3 years old but luckily, just by chance we did follow most of the techniques that the article suggests. K has never stuck out her tongue & has always had quite good oral tone so I think these techniques & later doing oral motor exercises has really helped.

Here is they article:

My Mom & Dad came for a visit back in May. My brothers, especially my younger one & I are concious about buying organic & avoiding artificial ingredients in foods.  While my Mom & Dad generally eat a fair amount of whole foods, they are not nearly as fussy as we are............& Dad likes white bread. 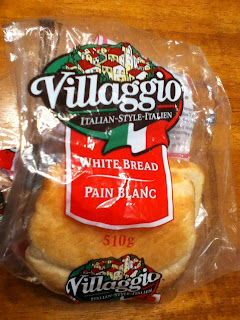 They left this loaf of bread behind. 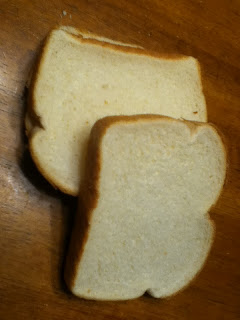 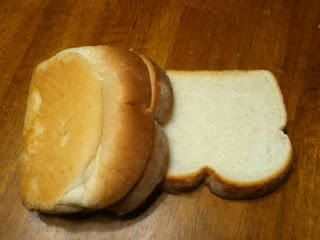 So we are experimenting. We are going to leave it out on the counter, in the bag, at room temperature to see when (& if) it starts to deteriorate.  I'll let you know how it goes!
I find the best way for my kids to really realize how unhealthy things are is for them to see it for themselves.  Even pictures work well in this way.  About 4 years ago, I found a picture of a McDonald's burger that was a  number of years old & only the bun was deteriorating - it still looked edible!  My kids have not eaten one since.  I am hoping that this little experiment will deter them from a few other foods!
Posted by Laura at 10:50 PM 2 comments:

NACD came out with a new app a while & just released an update a few days ago.  This is a really good app for memory & I often use it when working on visual object sequences.

Happy Fathers day to my wonderful husband & to all of you Dads out there who happen to read this.

We had a busy day today.  My oldest 2 girls had baseball playoffs so that kept us busy most of the day.  They were pleased to bring home 2nd place medals.  We had homegrown beef burgers, potatoes & veggies all done on the barbeque & since it was such a beautiful day, we had dinner outside on the back deck.

K gave her Dad a couple of books about Dads & was supposed to read them to him, but I think he got the short,"read as fast as I can" version tonight! 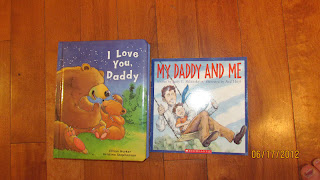 Hope you had a great day too!
Posted by Laura at 9:51 PM No comments:

I think this has been the longest that I have gone without posting a blog.  Its not that I haven't been wanting to. I've actually got over 73 posts started in my drafts many of which are just a few scribbled down ideas but things have been so busy that I just haven't gotten back to them. 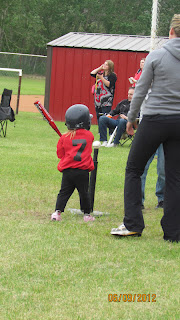 We just wrapped up K's first season on T ball. Her 3 older sisters are playing too & I have been running between 3 separate sets of practices. 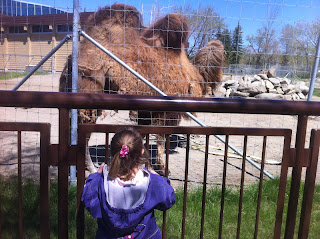 A Trip to the Zoo 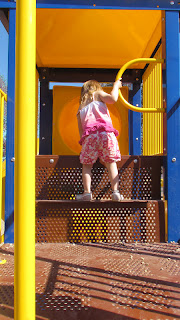 We've played at different playgrounds a number of times. 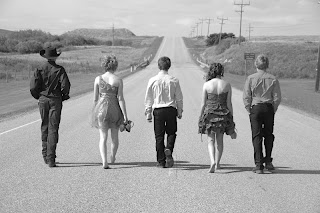 K's oldest sister JC is graduating from grade 9 so we celebrated at her grade 9 farewell...........& yes, that is her whole grade 9 class believe it or not!  This is an average size class in our kindergarten to grade 9 school.  JC is the girl in the darker dress 2nd from the right. 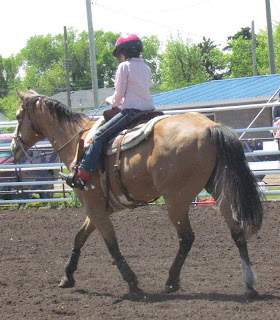 We've attended a few 4-H rodeos.  This is KJ who is K's 9 year old sister.  She is just starting her barrel run. 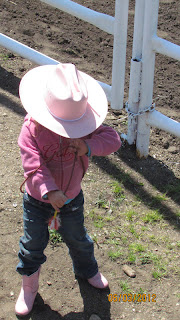 K's older sister JC tried her hand at roping this year & of course K is trying to follow in her footsteps! 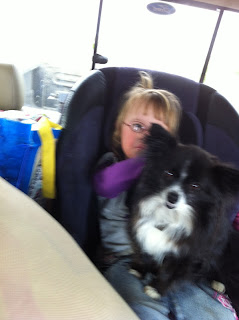 We went on a road trip to pick up a new holiday trailer.  The dog isn't actually ours - just as we headed out an elderly friend called because she was experiencing some sudden health problems & needed someone to look after her dog. We were on a tight schedule that day so we picked Missy up & continued on our way. 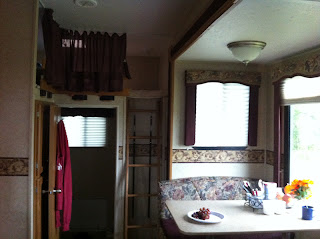 This is the new trailer.  The room straight ahead is the bunk room & K is the proud new owner of the bottom bunk. 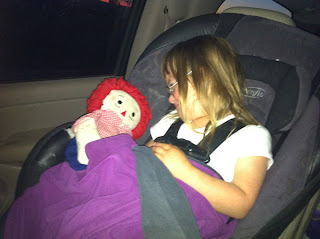 We went on a few more road trips - this particular one was to the opthamologist. 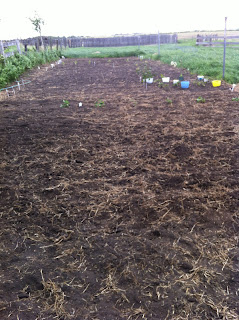 I put in a pretty good sized garden this year which took quite a bit of time.  The part closest to the front of the picture is a new area that I just worked up this year.  It wasn't even done when this picture was taken. 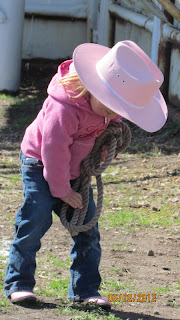 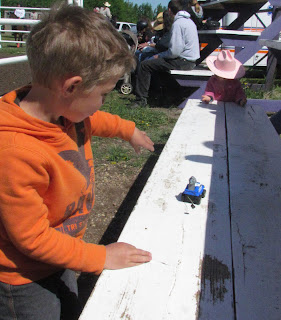 K made a few new friends too. 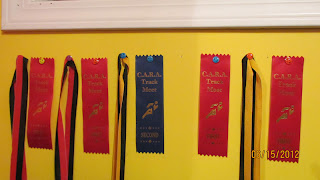 We spent a couple of days at track & field meets.  On this particular day K's older sister T came home with 4 1st place & 1 2nd place ribbon in her 5 events! 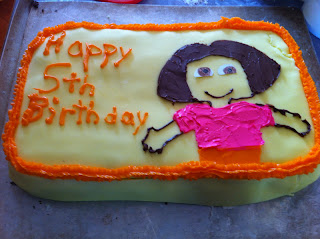 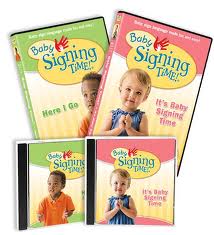 We really enjoyed these videos when K was little & watching these videos helped K to master hundreds of signs before she dropped signing in favour of spoken language.  Besides teaching American Sign Language, the videos have a written word with each sign.  I eventually realized that K was learning sight words from these videos too as she started reading words that we had never taught her & she had only been exposed to through signing time.  I highly recommend them!
Posted by Laura at 10:08 PM 1 comment: