K's speech therapist gave us some ideas the other day to get K to tell stories about pictures & sent us  home with some examples of action pictures.  Later, I was talking with a dear friend who is a kindergarten teacher & she logically suggested using pictures of family or familiar items & writing the story down for K to read.  Later that day, K was playing with 2 toy buses. It was a very imaginative game about one of the buses crashing over a cliff.  I happened to have my camera nearby & thought this might be a fun idea for a story .  I asked K what was happening with her buses & wrote down the story that she told me.   I did help her a little with her sentances of course, for example when she said " Bus go fast", I wrote " The bus was going too fast." 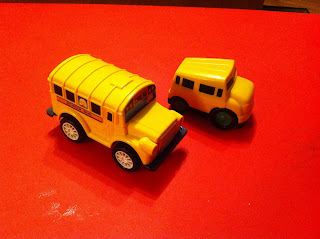 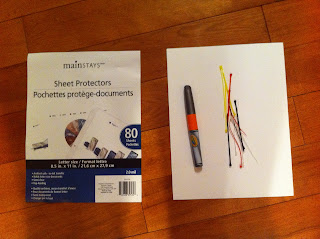 I pasted the pictures onto cardstock, put them in the page protectors & fastened them into a book.
I'm planning to do this again soon & will probably use duotangs instead. 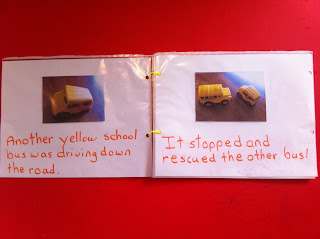 Speech & reading practised accomplished - along with a lot of fun! 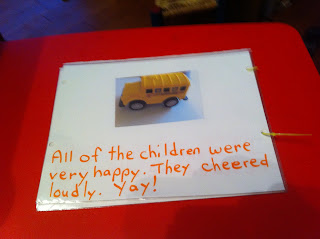