A Quick Trip to the Zoo

K had a neurodevelopmental evaluation yesterday, and because it is such a long drive, we spent the night before in  hotel and had a mini holiday.  We had a couple of hours to spare before her appointment, so we decided to check out the local zoo.  K loved it and has been telling the whole family about all of the different animals that we saw. It was neat that she was able to read many of the signs. Because we try to talk about  different country every week, she was also able to understand and talk about which continents or countries the animals would live on in the wild. 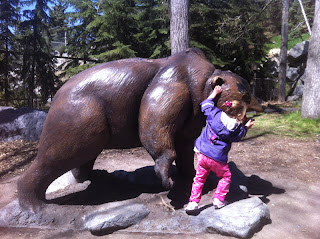 I know, this isn't a real animal, but K was fascinated by it none the less. 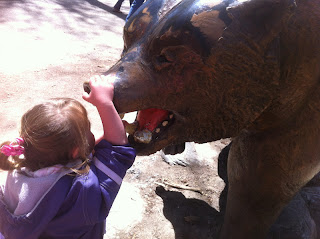 She inspected his mouth & teeth a lot! 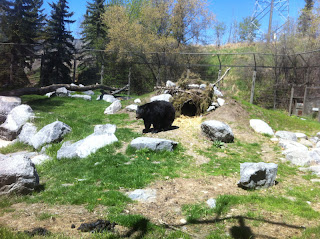 We checked out the real bears too. K's one request was to see the bears so we were excited to arrive right at feeding & see them being more active as they searched for and ate their carrots and apples.  They swam right into their pond to retrieve some fish that they had been fed. 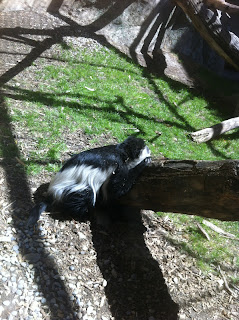 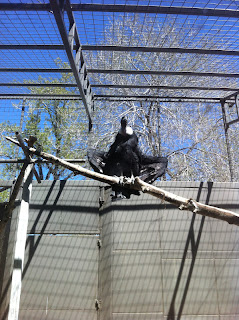 This guy drew quite a crowd with his intimidating look. 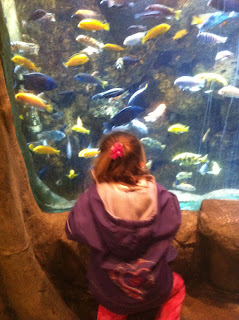 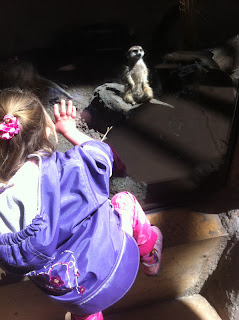 This little guy was so cute that K wanted to get as close as she could! 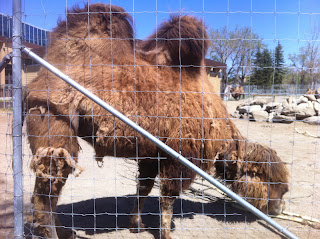 While K had requested the bears, the camel seemed to hold her attention best.  It was great that he was right up against the fence so that she could see him really well.
Posted by Laura at 10:47 PM